Up first for analysis in the current poll is Brandon Webb. Webb has a career record of 87-62, and he is arguably just now entering his prime. He has been injured early this season, but he has either been #1 or #2 in the NL Cy Young voting the past three seasons. Webb stands to cash in with a big pay day in the near future, so his future with the D-Backs may be limited. Moving to a more high profile team could elevate his status in the game. But he is certainly on track for a Hall of Fame career. 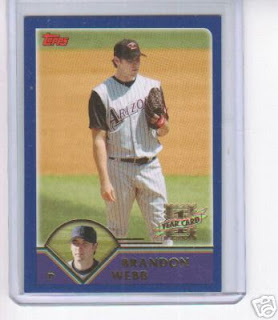