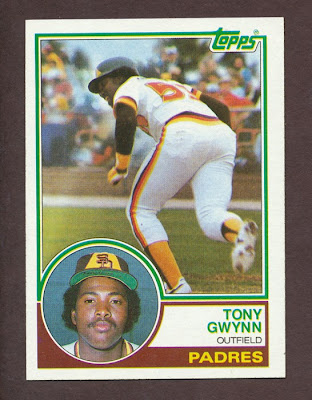 Up next in the countdown of the ten most valuable cards of the 1980s is Mr. Padre, Tony Gwynn. Gwynn's exploits have previously been documented here. He immediately made an impact on San Diego, helping lead them to the World Series in 1984 in a forgetful NLCS over the Cubs (if you are a Cubs fan, like myself).

Each of the three card companies issued a Gwynn rookie card in their regular series. The Topps card is the most valuable of the three. Despite my extensive Hall of Fame collection, I have still not yet acquired his Donruss rookie card.

HONORABLE MENTION: While his card fell just outside the top 10, Wade Boggs also debuted in the 1983 Topps set. His Hall of Fame career was most impressive, as he dominated a traditional power position as a contact hitter. 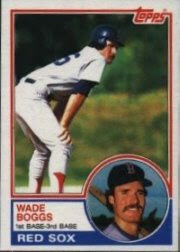